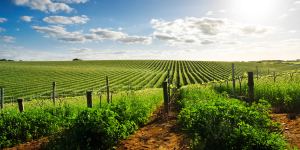 Sitting down to write about the Central Valley of California often begins with the circuitous process of fighting off the desire to begin with a defense, a justification for why I might even be interested in writing about it in the first place. Even among most scholars and activists in the Bay Area who are keenly attuned to issues of marginality, there is a struggle to move past misguided preconceptions of backwards, conservative, staunchly Christian communities in order to illuminate pressing issues, including immigration, agricultural labor rights, education reform, and the precarious symbiosis between rural and urban centers in the Golden State.

For close to a decade, revelations about my place of origin generally included heavy doses of sarcastic self-deprecation for having overcome my provincial origins – despite the fact that Fresno is the largest city in between Los Angeles and San Francisco. What I never learned growing up is that I was raised in the forgotten California: not the California of movies, not the glamorous Hollywood, nor the progressive enclave of the Bay Area, not a region that has incubated countless well-known social movements and activists over the decades.

The California of my youth was a place of booming development, as vast stretches of former agricultural land became destined for housing developments, converting cheap orchard land into lucrative “agriburbs,” a term elaborated by Paul J.P. Sandul in California Dreaming: Boosterism, Memory and Rural Suburbs in the Golden State to describe suburbanized communities surrounded by rural ag land. Big business interests from wealthier parts of the state and even from outside the state had seen the possibilities for capitalizing on the mythical draw to California that came, in part, from the increased access to images of vastness and prosperity via television and movies.

During the 1950s and 60s, Central California had been a site of political experimentation, as the rising New Right from wealthy Southern California sought to link innovative forms of economic conservatism – now known as neoliberalism – with the evangelical Christianity of rural Central California, setting up an entire rural region to co-sign political maneuvers that would eventually harm their economic and cultural livelihood by using wedge social issue campaigns, such as the Red Scare and gay witch hunts. Today, we can see the impacts of misguided political alliances in the Central Valley, including high rates of poverty, unemployment, and illiteracy in the eight counties that comprise it: Fresno, Kern, Kings, Madera, Merced, San Joaquin, Stanislaus, and Tulare.

From the age of ten, I knew my primary goal was to flee, to find a place where critical questions of culture and place were welcomed and where I might have a little more room to breathe, both literally and figuratively. The pollution of the Central Valley is an apt metaphor for the cultural congestion of intellectual engagement; as industrial agricultural waste settles on the Valley floor, it coats the lungs of Valley residents, producing high rates of asthma and other respiratory problems, alongside the choking of political and social freedoms that has resulted from complex cultural histories of discrimination and willful ignorance.

As an adult, I have come to acknowledge my complex relationship to the place I call home. Working within education, my own professional trajectory led me to work within and in partnership with urban schools. Much of the education reform movements within California have focused on initiatives that primarily impact the quality of teaching and curriculum within schools found in urban settings; while these efforts are incredibly important, they have often happened without consideration of the impact on rural schools, teachers, and students.

Rural communities in the Central Valley are demographically different from many other more well-studied rural parts of the United States. Central Valley residents are more likely to be racial/ethnic minorities – over 60% are non-white. We are home to many immigrants and English Language Learners (ELLs) as well. The Rural School and Community Trust, a rural education advocacy organization, found that while just over 20% of students in the United States attend rural schools, 44% of ELLs attend rural schools; many of these rural school students learning English can be found in California, which has the second highest percentage of ELLs of any state. The illiteracy rate in all eight of the Central Valley counties for people over the age of sixteen is at least 20%.

Much of the publicity around (urban) public education reform has been connected to what is popularly known as the school-to-prison pipeline. While many in the Central Valley are similarly at risk for incarceration that begins through school-based criminalization, far more people suffer from what is becoming increasingly known as the school-to-nowhere pipeline. Graduation rates can be frighteningly low in much of the Central Valley, leading to unemployment, poverty, lack of access to adequate healthcare and social services, and staggering rates of drug and alcohol dependency.

Because some of these realities are often far removed from many of us who reside in urban centers, it can become incredibly difficult to recognize the intricate interconnections between rural and urban California, including the privileged access to resources like well-funded women’s centers, elite public universities, world-class art, science, and history museums, and free health clinics that many of us in the Bay Area enjoy. The physical and cultural separation also masks the ways that urban livelihood is intimately linked to rural happenings, like when the vast fires just outside Yosemite threatened San Francisco’s access to water and electricity as recently as 2013. The impacts travel in both directions, despite urban self-conceptions of environmental autonomy.

In the future, I hope to elaborate more on these urban-rural interconnections that I have just briefly begun to articulate for myself. For the time being, my hope is that readers of this blog who live in urban areas can begin to think about the urban/rural power imbalance as another social justice issue that warrants thoughtful reflection during a time in history when many of the pushes for reform that are publicized emanate from urban contexts, ignoring the incredible work in rural communities and states across the U.S. There is much more to investigate in the weeks and months to come and this initial foray is but an introduction to a rich and complex terrain of human geography in the Golden State.

The next post will be Thursday, August 20, 2015 and will discuss Managing Social and Emotional Expectations in Social Justice Work.